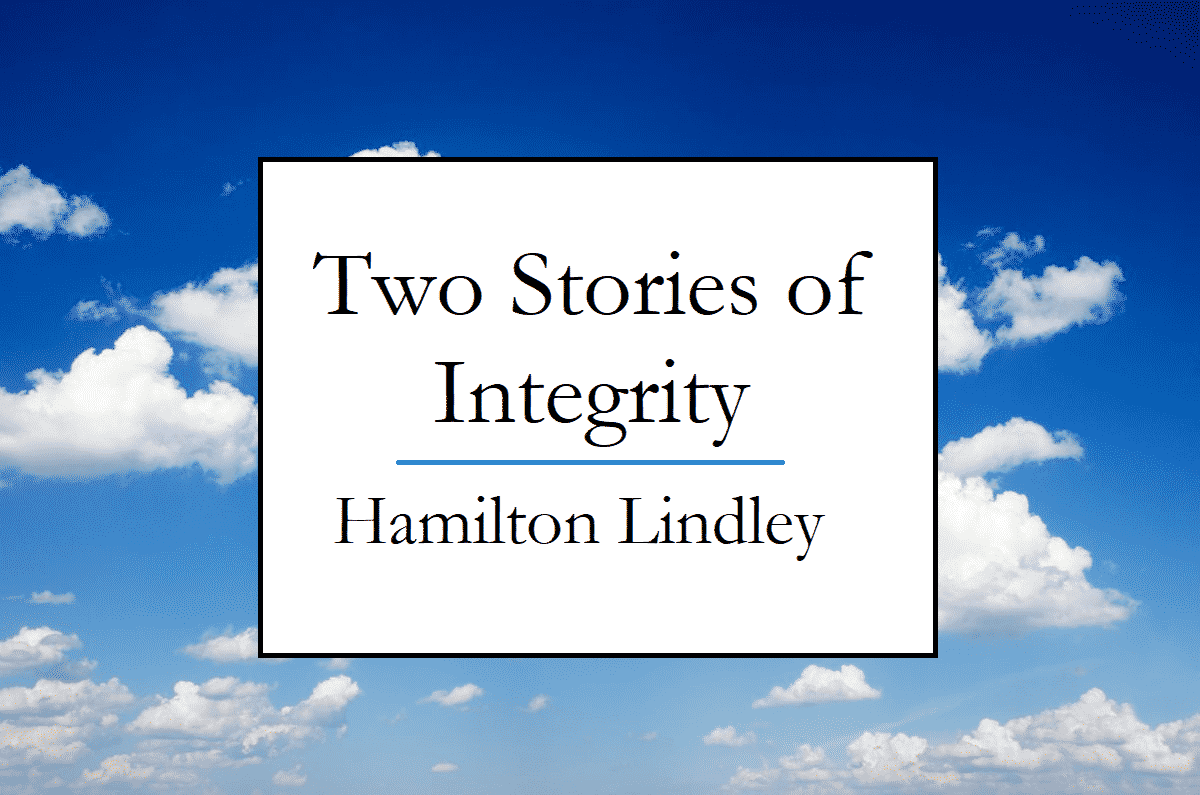 There are many significant traits of exceptional leaders. Integrity is at the top. Two stories show the power of integrity in the lives of others.

Al Capone owned virtually all of Chicago in the 1920s. He had a net worth of more than one billion funded by his organized crime, including murder, prostitution, and bootlegging. Capone’s lawyer nicknamed “Easy Eddie” promoted Capone’s continued dominance. Easy Eddie’s skills kept Al Capone out of the prison sentences that Capone deserved.

Capone showered Easy Eddie in excess for keeping him out of jail. Easy Eddie had every luxury available. Easy Eddie’s estate filled an entire city block. Eddie ignored being awash in evil because of the lifestyle it afforded. His heart was hard, except for Eddie’s one soft spot — a son he loved completely. He wanted his son to have every advantage that Eddie didn’t have while growing up.

Despite everything he had was the fruit of crime, Eddie attempted to teach his son morals. Eddie wanted his son to be a more honorable man than Eddie. But with all of his influence and wealth, there were two things Eddie couldn’t pass on to his son — his example and good name.

Eddie was faced with the question, “What good is it for a man to gain the whole world and lose his soul?” That question provoked Eddie. He began to change. Easy Eddie chose to make his wrongs right. Eddie tried to clean up his name by telling the police the truth about Al Capone. That required Easy Eddie to witness against Capone and his organized crime syndicate. Eddie testified, and within a year, the mob murdered Easy Eddie. He died after a tremendous flash of gunfire on a desolate Chicago street. But his life was not in vain. He had given riches to his son worth more than an estate. Eddie gave him integrity.

World War II revealed many heroes. One was a fighter pilot named Butch O’Hare. His hero story started after he was airborne with the rest of his squadron. Butch looked at his fuel gauge and, to his surprise, saw that the groundcrew had not refilled Butch’s fuel tank. So Butch would not have enough fuel to complete the mission and return to the aircraft carrier. Butch’s commander ordered Burch to return to the ship immediately. He did so grudgingly. As Butch returned, he saw a sight that turned his blood cold. An enemy squadron was racing to the American ships. With the entire division on a mission, it left the whole American fleet defenseless. Butch had no chance to bring back his squadron, and he couldn’t warn the fleet of impending peril.

So Butch decided there was only one thing he could do — divert the enemy from the fleet. Ignoring his safety, he plunged into the Japanese formation, firing his guns as he stunned enemy planes. The Japanese airplanes fired on him from all angles with their fierce machine guns and cannons. Butch just kept moving. After his winged guns emptied all their ammunition, Butch dove his aircraft towards the enemy aircraft, attempting to clip an enemy wing and send them down in a spiral. Ultimately, the shocked and stunned Japanese squadron changed directions.

Butch O’Hare returned to the carrier. Once he landed, Butch told of his adventure. And the movie from Butch’s gun-camera showed the tale. Butch shot down five Japanese aircraft. Butch was the Navy’s first flying ace of World War II. He was the first Naval Aviator to win the Congressional Medal of Honor. Butch was killed a year later, at age 29.

Butch’s hometown was proud of his name, and today O’Hare Airport in Chicago is named for this American hero.

What do these stories have in common?

Eddie understood that he had to show Butch the truth instead of just talking about it. “Honesty” is what you say. “Integrity” is how you show it. It is action-oriented, not word-oriented. Eddie showed integrity despite the probable outcome of death. That integrity inspired his son to do the same thing.