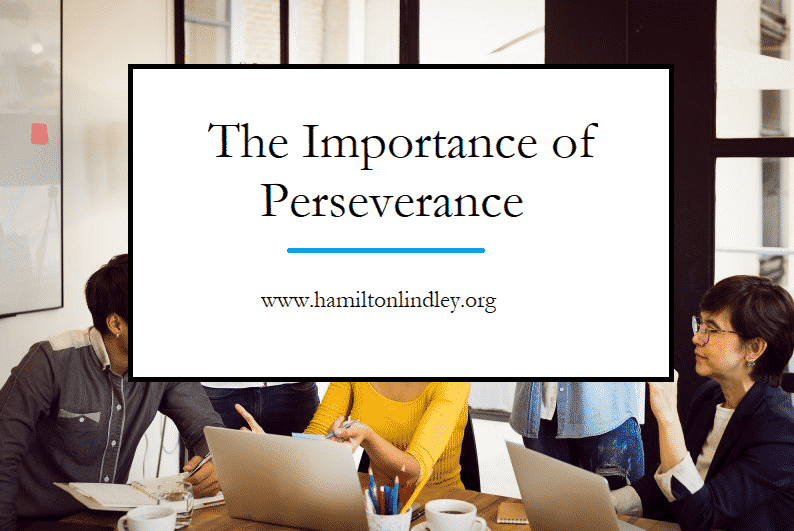 Howard was born into a low-income family in Brooklyn. He got a scholarship to college and started a sales career, eventually joining a small coffee wholesaling business as the third employee. They sent him on a trip to Italy, where Howard saw how coffee houses were places where people were social. He thought it would work in America. He pitched it to his employer, but they rejected the idea.

Nevertheless, Howard persisted. He continued pitching his idea—242 times. People rejected his business plan for a year. Howard’s wife was pregnant with their first child. They were desperate. Finally, Howard got funding from three individuals. Today, the Starbucks brand employs over 137,000 people in 40 countries in more than 16,000 locations. Howard Schultz is worth nearly $3 billion. If Howard gave up after being rejected hundreds of times, the world would never know Starbucks Coffee.

Studies show that tenacity is one of the most critical attributes of achievement. Having perseverance and passion for long-term goals is essential. Studies have shown that grit was a stronger prediction of high achievement than IQ. Determination entails working strenuously toward challenges, maintaining effort and interest over the years despite failure, adversity, and plateaus in progress. Journal of Educational Controversy, Vol. 10, No. 1 [2015], Art. 3 (pp., 1087-1088). Research showed an inverse relationship between skill and grit. That doesn’t indicate that skilled people lack perseverance. They may not have an inherent hunger to go beyond what they can quickly achieve.

How can you become more tenacious?

We aren’t born with grit. Instead, it is something we can develop. We can build perseverance by failure, practice, and experience. Perseverant people are more optimistic when failing, and that is why they continue to put forth more effort.

To be tenacious, you must be adaptable. Failure is a possibility. No work that needed innovation was done without risk. You must be willing to take risks. So accept change because you cannot control everything.

Focus on what you can control. Embrace the idea of many potential outcomes. Be prepared to remain awash in uncertainty until you’ve seen it from every angle. Suspend your expectations in the meantime. Don’t let this fear paralyze you. Anxiety can quickly rule your life. It can stop you from achieving, trying, or changing. Tenacious people don’t quit. They advance, despite their fears. Don’t wait until everything is just right. It will never be perfect. There will always be difficulties, obstacles, and less than ideal conditions.

Study how others have failed where you want to go. Learn not just from the error itself but company’s treatment of the situation and the result. How did their clients respond? How would you manage it differently?

Without knowing what you’re working toward, it’s challenging to maintain your intensity. So set clear, specific goals. Plans that need sharpness also tend to lack the ability to change your business.

Immerse yourself with gritty people.

Surround yourself with people who show the characteristics that you want to follow. It is reinvigorating to be around determined people when you’re going on fumes. Find people in professional groups or even family members. Read about people who have persisted in the face of adversity through books.

The barrier to development advances progress. What stands in the way becomes the way. Anything is possible if you’ve got enough nerve.