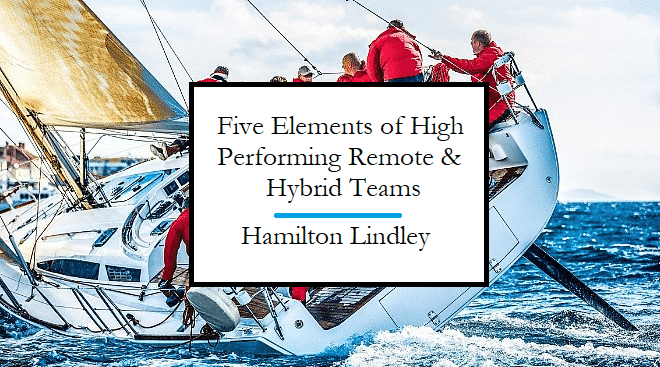 When it comes to creating amazing workplaces and high-performing teams, researchers have highlighted three psychological needs: relatedness, competence, and autonomy.  Research demonstrates that when workers feel psychologically content, they tend to be happier, healthier, and more productive.

Of those three vital requirements, relatedness—the desire to feel connected to others—has regularly been the most difficult for companies to develop. It’s one thing to draw skilled workers — but how do you get them to like each other?

Covid made promoting relatedness different than ever before. While working from home created more autonomy, the lack of proximity to others has made it challenging to boost our feelings of relatedness.

New research illustrates that the best-performing teams found crafty ways to leverage social connections during the pandemic. These conclusions show valuable evidence on ways any business can encourage higher connectedness — even within a remote or hybrid work environment.

High-Performing Teams Are More Strategic With Their Meetings

By preparing for an efficient meeting, high-performing teams are more collaborative and have better interactions, which contributes to better meetings.

Relatedness makes us feel valued, appreciated, and respected by those around us. That is why recognition is frequently a more powerful motivating force than financial incentives.

Members of high-performing teams described getting more regular recognition at work — both from their supervisors (79% more) as well their coworkers (72% more). They described communicating appreciation to their coworkers more often (44% more), showing that within the best teams, appreciation doesn’t only come from the top down. It’s a cultural standard that everyone incorporates.

High-Performing Teams Are Not Afraid to Pick Up the Phone

Although telephone calls are becoming less common at work, that is not the case among the highest performing teams. Instead, research revealed that they tend to communicate more frequently. They are significantly more likely to contact colleagues using the telephone than their less successful peers (10.1 vs. 6.1 calls per day on average). This shows how phone calls strengthen relationships and prevent misunderstandings. Many people are fearful of picking up the phone because they believe the calls will be awkward. But that is a misperception. It creates closer bonds.

Some stodgy managers frown on any workplace discussion that has nothing to do with work. After all, they are on the clock! But research suggests that talking about non-work issues offers significant benefits.

Personal discussions foster authentic connections. The research shows that high-performing teams are more likely to spend time at the office not talking about work with their coworkers (25% more). They’re also much more likely to have met their teammates for lunch, drinks, or coffee.

The best teams aren’t more productive because all they do is grind out work. Instead, they spend time relating in authentic ways, yielding closer friendships and better teamwork.

Members of high-performing teams are much more likely to show positive emotions with their coworkers. They described being more likely to joke with, compliment, and tease their teammates. In emails, they were more likely to use exclamation points, emojis, and memes.

That’s because the alternative is suppressing feelings. That means hiding feelings from coworkers, which leads to a work environment without psychological safety. If you’re one person at work, and another one at home, one of those people is fake. Research shows that authenticity provides to workplace well-being and individual performance.

How To Create a High Performing Remote or Hybrid Team

Creating a high performing team requires more than just hiring the right people and giving them tools. Instead, it requires creating chances for real, authentic relationships to develop.