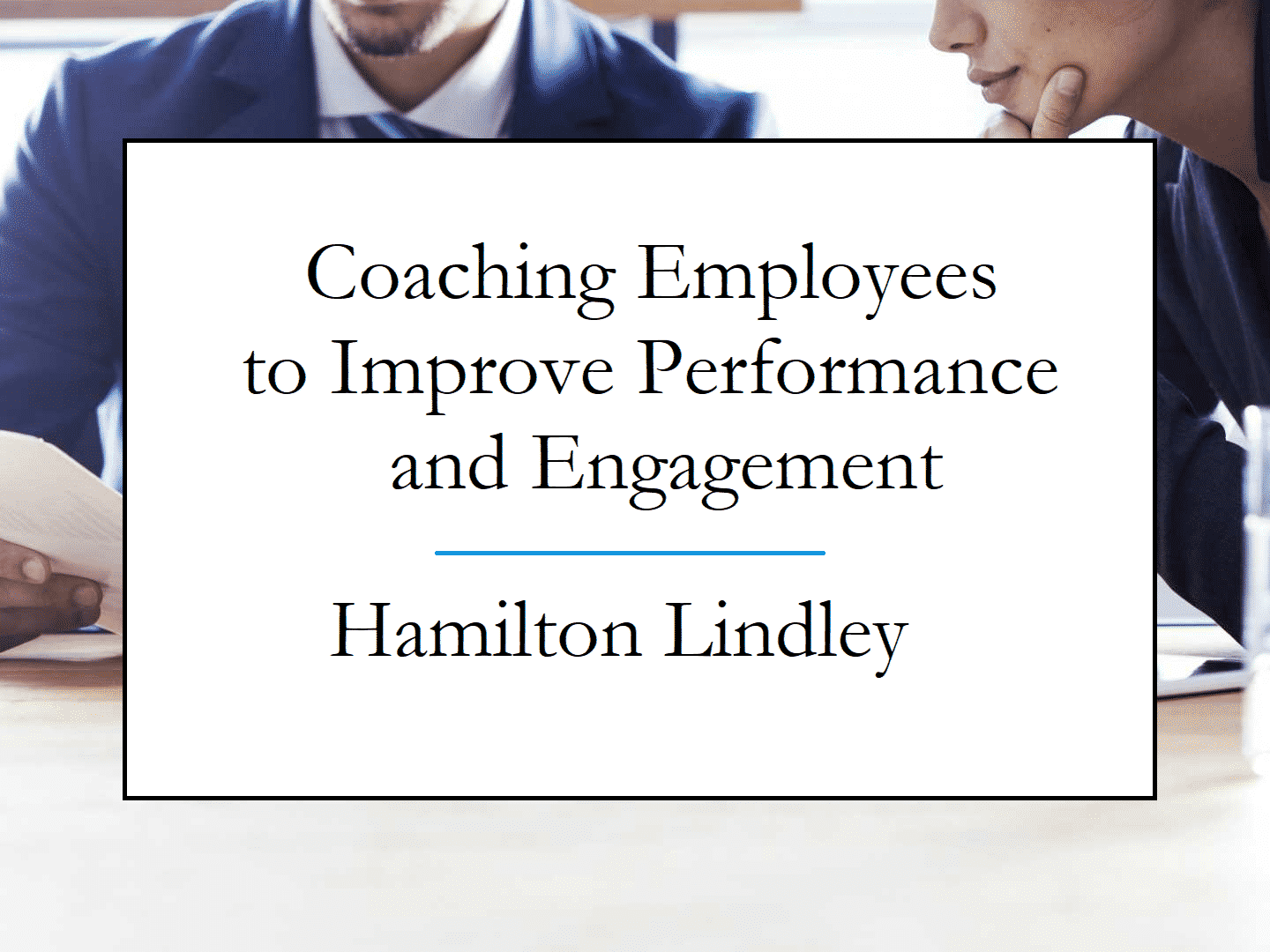 There are two donut shops near my office. The donuts taste identical. The interiors are similar. The locations are equally convenient. But at one donut shop, the employees mumble and are more interested in the cash register buttons than the customer in front of them. At the other store, the workers make eye contact, engage in friendly small talk, and serve me with a smile.

I also noticed that one of the stores had an angry, frowning woman behind the counter wearing a tag that said “manager.” She barks at employees, telling them that they didn’t know what they were doing. She focused her efforts on command and control. Guess which location she was in.

Our leaders influence everyone around them. Innovative companies realize that managers can’t have all the technical answers when industries are in constant disruption. Many businesses are moving from the traditional command and control model to promoting coaching instead. A coach asks questions rather than providing answers, supports employees rather than judges them, and encourages employees’ development instead of directing them. In this model, employees learn how to adjust to regularly changing conditions in ways that unleash innovation, energy, and commitment. The leaders who coach aren’t know-it-alls. They are learn-it-alls.

Coaching feels too soft for managers who tackle performance problems by telling employees what to do. It makes them uncomfortable because it strips them from asserting their power. So these managers oppose coaching. In a leadership style study, leaders ranked coaching as their least-favorite method, telling the polling company that they didn’t have time for the slow work of educating workers and encouraging their growth.

By coaching employees, blame gives way to advice and education, and outside motivators are displaced by self-motivation. Obstacles fall, teams build, and change is welcomed instead of feared.

The GROW Model of Leadership Coaching

The GROW model of coaching involves four steps that give this method its name (Goal, Reality, Options, Will). It is effective because it requires educating yourself to think in new ways about your purpose as a leader. This model involves managers responding to worker’s dilemmas by asking them questions like:

You’re on the right track when you ask good questions and assume that you don’t have all the answers.

The GROW action steps are:

The goal is what the person expects from the conversation right now, not the project’s ultimate completion. People don’t do this naturally in most discussions. An excellent approach is to ask something like, “When you leave this conversation, what do you want that you don’t have now?”

These questions assess how the employee perceives the situation in a nonjudgmental way. As a coach, you should ask questions rooted in “what, when, where, and who.” In these conversations, don’t ask why. The focus of reality must be facts. Asking why calls employees to explore ideas and motivations instead of facts. That can create self-justification, which is counterproductive in these discussions. A good question to ask is, “What are the important things we need to know?” Listen mindfully to the response. What are they missing? This action is crucial because it prevents them from jumping to conclusions. The coach’s job here is to ask the correct questions and step out of the way.

Your job as a coach is to encourage people to think about solutions they haven’t considered. They often feel stuck. “There’s nothing I can do,” they may say. Or “I’m split between X and Y.” Or “I have one option.”

Ask something like, “What would you do if you had a magic wand?” That question is liberating. It promotes people thinking in productive, fresh ways. Once they’ve expanded their perspective, your role is to help them deepen their ideas by encouraging them to examine these new options’ risks and rewards.

Ask, “What will you do?” This prompts the employee to talk about the next steps to execute the plan that emerged from the coaching. If they appear to be hesitant about implementation, then ask them to rate themselves, “On a scale of one to ten, how likely are you going to execute this plan?”

Is there ever a time that command and control leadership is better?

For teams that must meet precise deadlines and specific procedures, a command and control style is beneficial. But it doesn’t promote the growth of individual team members. Leaders who have invested time coaching employees will likely have better results when projects need a command and control leadership style.

You have about 100 conversations a year that are so important that they could change your life path and those you coach. Employees need the skills to unlock previously buried issues, reveal new options, and expose fresh insights. Managers as coaches draw energy, creativity, and learning from the people they work with. Instead of one brain driving the show, coaching combines the whole team’s minds and trusts them to achieve exceptional performance.