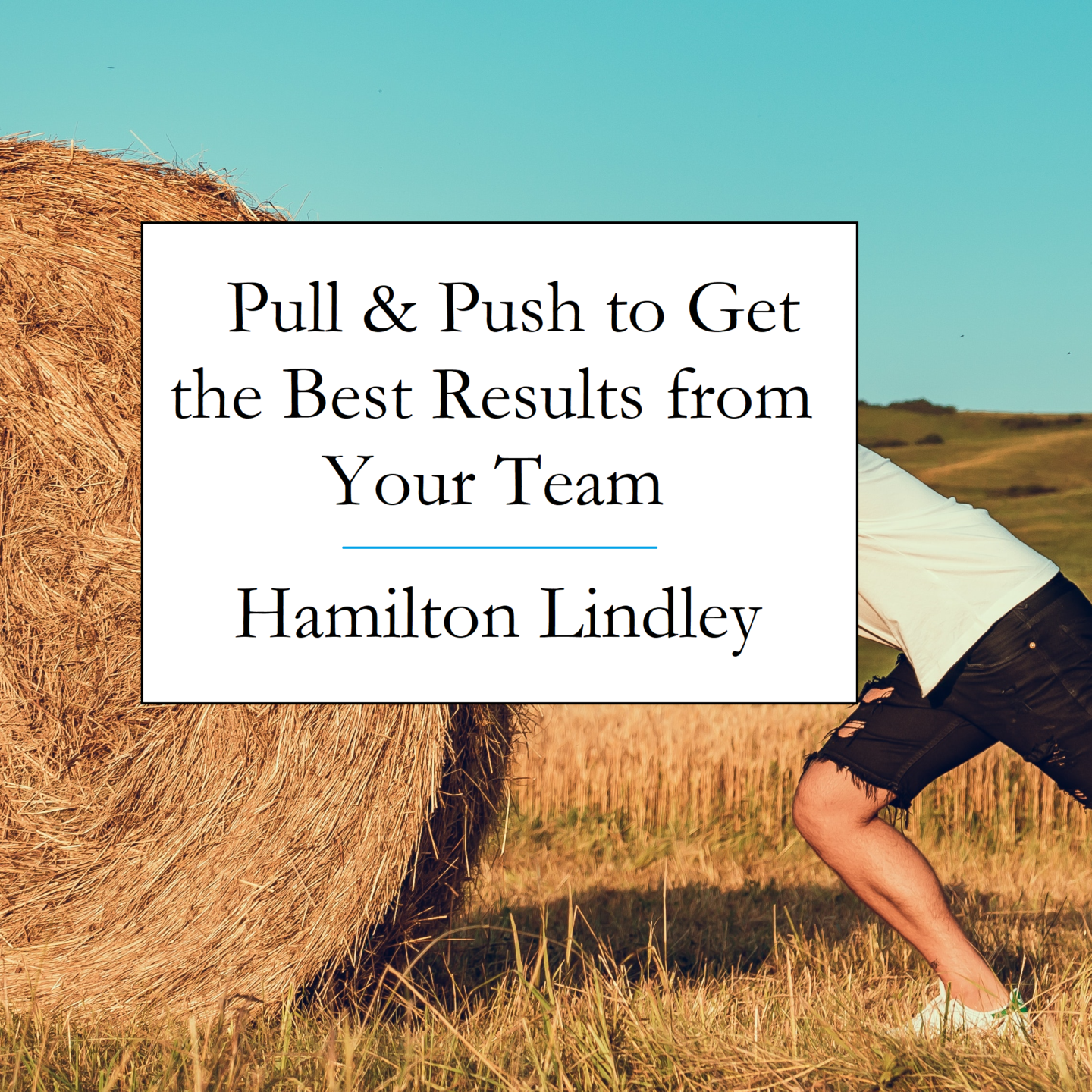 Do you push your team to complete a task or do you pull them in, giving them a say in how they execute it and using motivation to get them started? These are two distinct methods of reaching a goal, and while pulling a team is often the best, knowing how to blend the two is a crucial skill for leaders.

A CEO urged everyone on his leadership team to participate in a debate about the company’s environmental and sustainability policy. The CEO was enthusiastic about the need for change, but he allowed plenty of time for discussion (using the pull approach). But two executives were skeptics and held off on implementing any of the recommended ideas. Following two months of inaction, the CEO informed the team that the company will implement two projects and that everyone needed to get on board (moving to the push approach). One of the executives objected and unequivocally stated that he would oppose the efforts. By the end of the week, the CEO had fired him (a big push).

Leaders who are willing to put in a lot of effort with pulling but then resort to a powerful push are a fantastic example of the value of combining these two tactics. Pushing too hard can lead to discontent, yet it is necessary when pulling isn’t working.

Researchers have found that pulling and pushing are management styles that seek the same end while using opposing approaches. One is “driving for outcomes” (push), while the other is “inspiring and motivating others” (pull).

When leaders decide on a goal to achieve, they can take one of two ways to get there.

Giving guidance, telling people what to do, setting a deadline, and holding others accountable are all examples of pushing. It belongs to the authoritarian leadership style category.

Pulling involves expressing to an employee that a certain task is necessary, explaining the reason for it, seeking their input on how to best do it, and asking whether they are willing to take it on. The leader might increase the pull by explaining how this task will benefit the employee’s development. The leader’s energy and excitement for the goal should be contagious.

Researchers used push and pull data from over 100,000 leaders through 360-degree assessments and discovered that 76 percent of the leaders were judged as more proficient at pushing than pulling by their peers. Only 22% of the leaders were assessed as stronger at pulling, and only 2% were evaluated as equally good at both.

They also asked the people who rated those leaders (a total of over 1.6 million people) which skill was more meaningful for a leader to excel at to be successful in their current position. The most significant factor was pulling (inspiring others) while pushing (driving for results) was the fifth most important factor.

While the research shows that most leaders may benefit from strengthening their capacity to inspire others, it also shows that leaders who were good at both pushing and pulling were the most effective.

When both pull and push are high, the most significant increase occurs. (Note: The percentage of people who scored a 5 on a 5-point scale was used to determine high confidence and satisfaction.) This is a very high standard to meet.)

Bringing the Forces of Push and Pull Together

Many leaders are asking themselves tough questions as they try to figure out how to keep their employees from joining the Great Resignation. How do you persuade people to stick around? How do you influence them to put in more effort? What do they truly desire and require from their workplaces?

There has been a call for leaders to be less demanding and more compassionate toward individual employees. More pull and less push appear to be needed to keep the best employees. While I agree with this sentiment, the data also provides a warning. Your efforts to improve empathy shouldn’t detract from your ability to push when necessary. Pushing employees is a powerful force that builds confidence that the company will achieve its goals.

Your ability to recognize when to employ which method, based on the work, the timing, and the people, is what gives you power as a leader. So, the next time you’re working on a huge project, think about whether your team needs a strong push, a healthy pull, or both.