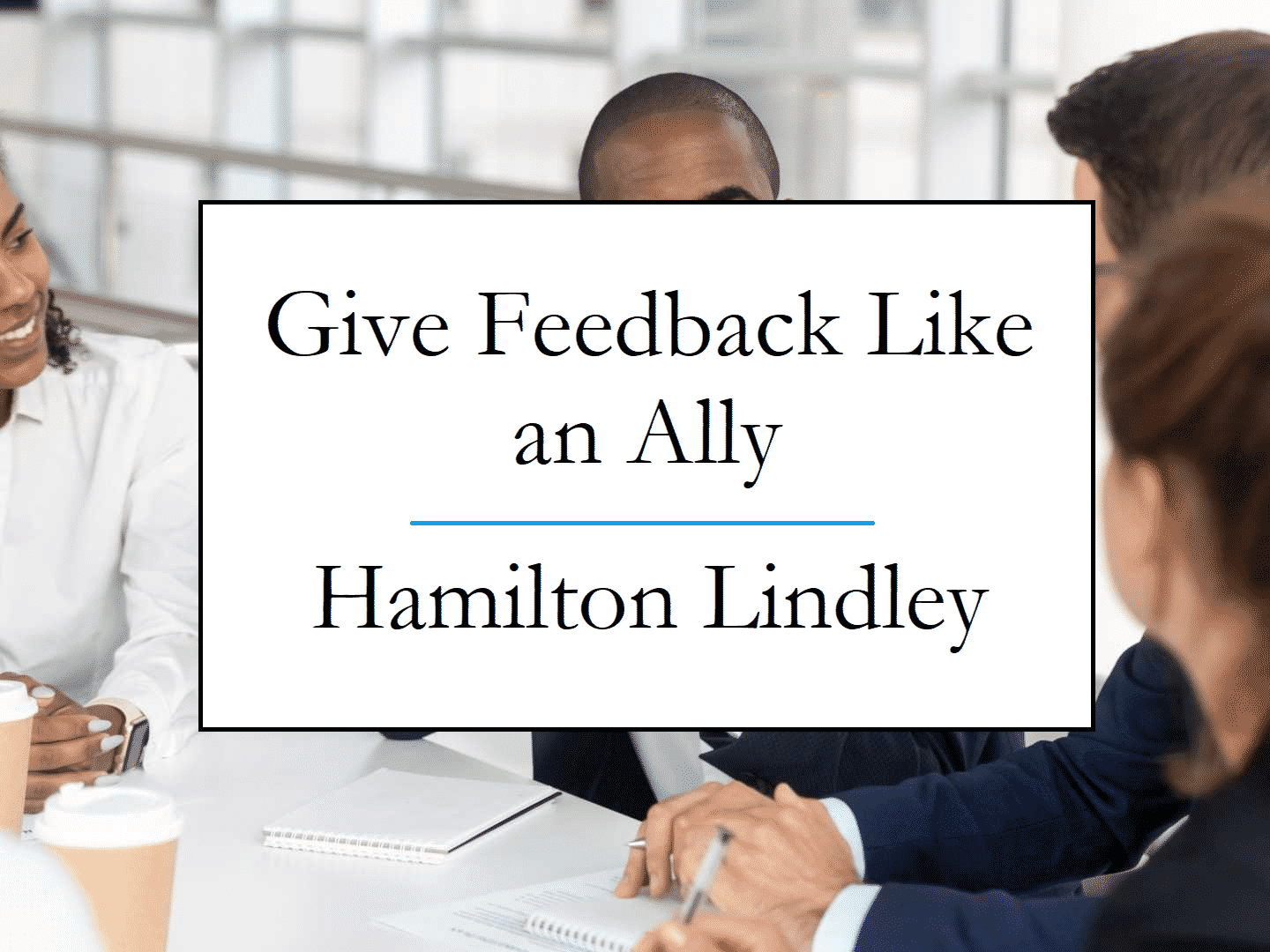 Teammates complained that a fellow employee was closed-minded. So I told her that I’d been hearing she wasn’t open to new ideas. She looked sad and deflated. She defensively started rattling off all the new ideas she implemented. She knew better than anyone about what was going on inside her head. My feedback was second-hand, judgmental, and non-specific. It was only productive in driving a bigger wedge between her and the rest of the team.

I was in a group meeting with her a few weeks later. There I observed first-hand what others had reported to me. After the meeting, I asked her if I could share some observations. I told her that she provided some important insight about a new project. Then I asked how she felt when proposing a new idea while someone across the table had their arms folded while leaning back in their chair. She said that person appeared closed off and uninterested. I informed her that’s what she did when another teammate was talking. She looked concerned, but not defensive. I asked her what sort of environment she wanted for meetings and she said a place where people were free to express themselves. Over the next few weeks, I noticed how she adapted to new ideas in a much more open way. The team noticed too, and we complimented her on it.

What is the Purpose of Giving Feedback?

Companies have been so focused on developing feedback cultures for the past 30 years that we’ve forgotten why we’re doing it in the first place.

But here’s the thing: telling folks they’re off-target isn’t the same as assisting them in hitting the target. It frequently has the opposite result. Negative feedback (“Here’s what you’re doing incorrectly”), diminishes involvement in feedback dialogues and prevents exploration of future objectives and desires.

No one is fooled by the term “constructive” feedback. Concentrating on flaws and weaknesses does not help the recipient of feedback improve.

When you think about it, it makes perfect sense. Feedback is possibly the most complex kind of communication to provide and receive. The person giving feedback may hurt someone’s feelings. So that may avoid they may avoid the topic. If the discussion does happen, the recipient is likely to feel humiliated after hearing something along the lines of “You’re not good enough, and you need to change.”

People would do anything to avoid feeling shame, including dismissing the situation (no problem = no guilt) or blaming it on others (not my responsibility = no shame). Even if they appear to respond favorably and “maturely” to feedback, they’re typically in fight-or-flight mode on the inside. So, if feedback isn’t going to help individuals improve, what is? There is a four-step process to helping people improve performance at work.

Step 1: Change your mindset from critic to ally

Nobody likes to talk to a doubter. Everyone wants to talk to someone who is on their side. When you’re someone’s ally, you show that you care about them, have faith in them, and are committed to them. They let go of their guilt and defensiveness in your presence and instead focus on getting better.

So, how can you show that you’re an ally rather than a critic? A three-step formula is as follows:

Consider a colleague who is having trouble as a team leader and is having difficulty dealing with a disruptive team member. It’s as easy as saying, “That sounds annoying.” to start an “ally” conversation. And I’m confident you’ll be able to manage it. “Would you like to discuss it with me?”

It’s tempting to return to the problem — the aggravating past — once they’ve said “yes.” (“Let’s chat about that obnoxious teammate.”) However, don’t go there. No, not yet.

Instead, concentrate on the energizing future they desire–one that is far larger than their issue. Ask “What are you hoping to achieve?” Allow them to express their goals, both for themselves and the company. (“I’d like to build a high-performing team where we can effectively communicate, cooperate, and even disagree.”) Assist them in achieving a good, clear, and meaningful outcome.

Step 3: Look for an overlooked opportunity

You may revisit the problem after you’re both precisely aligned on the desired conclusion. Instead of attempting to fix it, you ask, “How might this challenge assist us in achieving the desired outcome?” What makes you think it’ll be a positive thing? An opportunity to try out a new habit in the service of a significant value or goal? Is there a chance to address a broader issue that lurks behind this one?

After some brainstorming, you could realize, in the instance of our struggling team leader, that the individual labeled “disruptive” is the only one on the team ready to engage in a confrontation to raise crucial problems. The elephants in the room stay unresolved without them. In other words, with some minor style coaching, the disruptive member of the team may become a vital contributor to the team’s high performance.

You lead them through this phase by guiding them through brainstorming methods to capitalize on the opportunity, as well as selecting and committing to a plan of action to achieve it. When we ask, “How sure are you that you will execute this strategy on a scale of 1-10?” the answer is a resounding 10.

The level-10 approach for our struggling leader may be to schedule a meeting with the disruptive team member as an ally to assist them to contribute constructively to the team. What matters most is that they follow through on adopting a new step, evaluating the results, and continuously moving forward. Culture will evolve when employees and supervisors are engaged in good, constructive, and performance-enhancing talks.

When given correctly, feedback can assist people to identify their blind spots and areas for improvement. But only when it’s part of a genuine growth and development process.