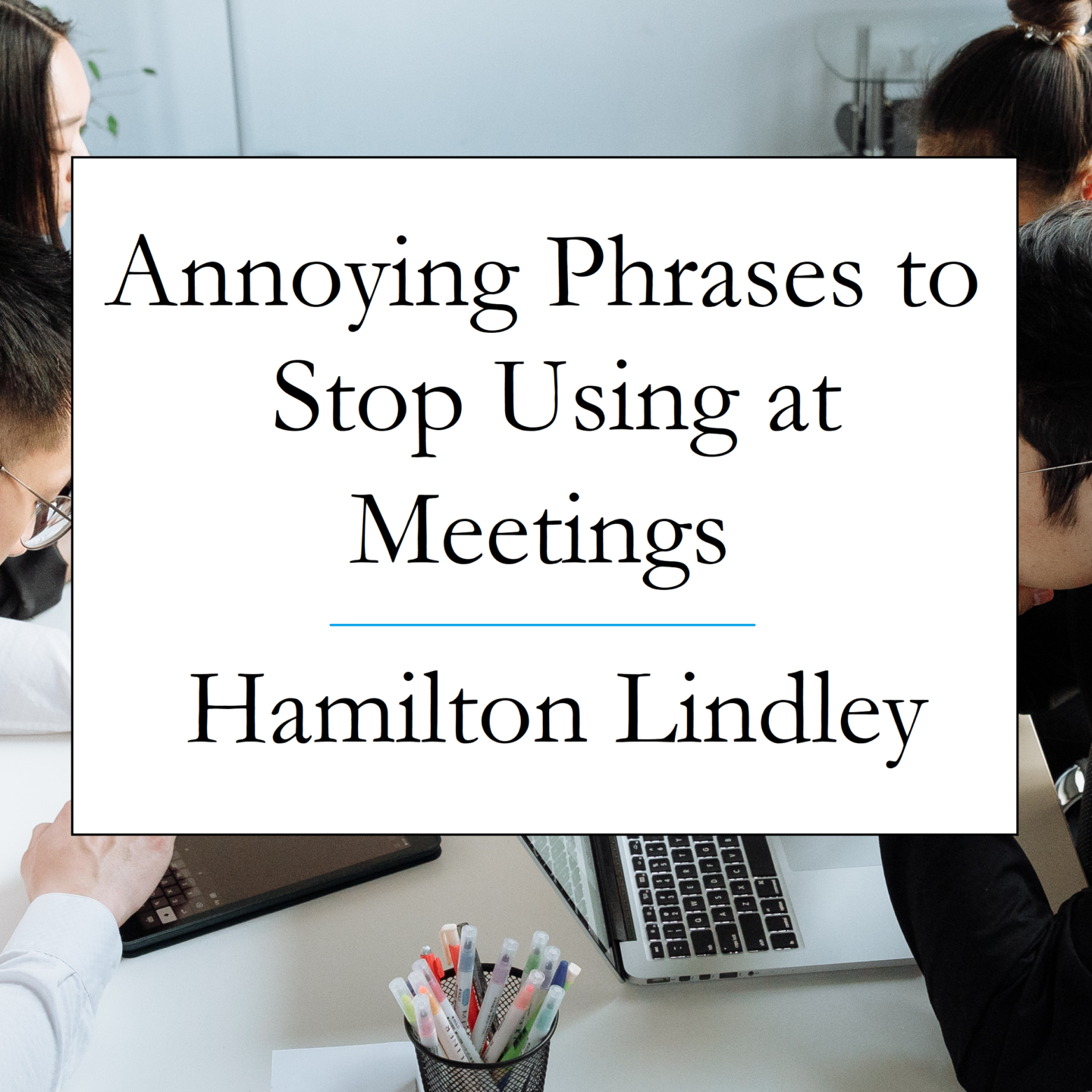 It’s been 50 minutes since the start of the hour-long meeting. The last item on the agenda has been settled, and we’ll likely be done early. Others may rejoice at this change of events, but I shudder, waiting for the inevitable line: “I’m going to give you back 10 minutes of your life!”

Every meeting that ends with a few minutes to spare manages to end with some riff of this joyful statement. This unexpected gift of time is phrased as good news. But the way we talk about our meetings starts to determine how we feel about them. We weaken our relationships by describing a few more minutes as a way to give people their time “back,” as if it had been stolen from them. We are telling them that our meetings are unimportant and a waste of everyone’s time. How are they supposed to feel about the next meeting?

We have control over our own speech patterns even though so much about a meeting is outside our control.  We should consider how our language impacts emotions. I performed some polling to find out what phrases people would like to never hear again in a meeting. Here are a few of the most popular replies.

“We’ll wait five minutes for everyone to arrive.”

This disrespects the time of people who arrived on time. And it discourages a timeliness culture. Most of the time, you should start the meeting without the tardy people. But there are occasionally good reasons why someone is late. If you must wait, you could begin with quick tone-setting exercises. For example, ask everyone to write down their goal for the meeting. It doesn’t have to be made public, but it is valuable to create a practice of thinking about your purposes before a meeting. You can also start by asking everyone to eliminate one distraction. That distraction could be moving something from their desk, shutting a window on their computer, or opening a window in their room.

This is a quick way to tell a speaker we can’t hear them. But this is usually said by a chorus of people simultaneously. It has become annoying, making the person feel dumb.

Saying “If you’re speaking, I can’t hear you,” is a friendlier, more supportive alternative. Rather than making the muted speaker feel foolish, this tells them that you genuinely want to hear what they have to say.

“Let’s talk about this offline.”

This phrase dismisses someone’s idea, putting them off forever. It is also nonsensical because the follow-up will inevitably take place online. Why not say something like, “That’s an important issue that goes outside the scope of this meeting. Let’s talk about it when we’re finished here.”

“We’re flying the plane while it’s being built.”

Many of us have heard this metaphor in meetings. But it should prompt a host of questions from the audience. Is the project moving so fast that we won’t be able to recognize or debate its flaws? Is this an excuse for poor performance?

When you’re tempted to use this phrase, be explicit by communicating the project elements that we’ve figured out, what we’re now working on, what we don’t know yet, and how we plan to make changes based on what we discover. That will give people a clearer understanding of the development.

“I’ll give you ten minutes of your life back!”

I’ll end by returning to this phrase because it’s one I’d like to never hear again. I don’t mind when meetings end early. But we should look forward to our next meeting when they are well-run, well-structured, and unexpectedly short. So we should emphasize that at the end of the meeting.

When you are tempted to give your team a few “minutes of their life back,” think about saying, “Wow. We finished 10 minutes early because everyone worked so hard. Thank you very much for being here and taking part.” This straightforward rephrasing has the potential to redefine how people leave your meetings and feel about the next one.