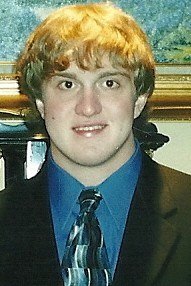 He would be 34 today. But my little brother, Hillton, died of suicide eight years ago. I keep a note from him in my office along with this silly little coconut pirate that he loved. Growing up, he felt like he didn’t belong because he was the only blonde-hair in a family of dark-hairs. Today he would feel at home with these three little blonde-haired people as nieces and nephew. He never met my son David or my daughter Susan. But he had a picture of Lorna on his refrigerator in the apartment where he died at age 26. Kids brought out the best in him. I miss him.

Depressed people live dual lives. Hillton had a 4.0 GPA at the University of Texas business school. But in silence, he saw himself as a burden. He thought there was only one way out of the pain. Society treats depressed people as modern-day lepers. Once they speak out about their disease, they are dismissed as irredeemably crazy. They want to fit in and be normal. So they remain silent instead of being cast out. And silence is how they die.

Talk of depression provokes odd reactions. Otherwise kind people are cruel. Smart people are ignorant. Most people turn their heads. And some people use depression to manipulate and humiliate that depressed person. It is dehumanizing. And it’s got to stop.

Depression kills by silence. So the antidote is talking about it. I’ll go first. For example, I did not understand that I was depressed because I could not remember feeling any other way. I had no contrast. Imagine waking up, walking into your bathroom, and a starving tiger is sitting by your toilet. That’s the fight or flight level panic that an anxious person feels. My heart raced. My head was flush with fear. But I couldn’t remember a time when I didn’t feel that way. After all, I could otherwise live a successful life. I tell jokes! Superficially, I looked happy and confident. But I was not. I believed my family was better off without me. It is a terrible existence. And depression made me think that I deserved that pain.

Depression makes us feel like we aren’t worth fixing. So we won’t seek out medication or therapy. We also desperately want to avoid becoming that leper. We realize that for trying to heal, we will forever be cast out. Our society accepts many types of people. But not the depressed. It remains thought of as an incurable disease that no one can escape. That is just not true. But yet the stigma remains. And the number of suicides and depression is only increasing. Whatever we are doing now is only making it worse. So let’s stop it.

Friends, family, and coworkers are essential in curing depression. We MUST talk about it. A depressed person may:
• Share feelings of guilt, shame, or worthlessness.
• Express a negative or hopeless outlook.
• Lose interest in things that they used to enjoy.

Listen to these symptoms. When a depressed person says these things, they may as well be naked. Because they feel like they shared way too much. Express how hard it sounds to endure that. Tell them that taking medication and talking to a therapist is important work for us all. Schedule an appointment with a counselor or a doctor for that depressed person. Drive them to the office. Please realize that we all struggle differently. That friend may have just heard that unmistakable click from loading a weapon and felt the cold gunmetal tube in his mouth. But he didn’t pull that trigger because he had a spark of hope. Your words could ignite his path to a normal life. Use it.

Depression can be managed through a support network, medication, and therapy. There is a cure that can remove your worst thoughts—just like the sun burns off the fog. It takes doing the next right thing. Life without depression is better, even after the bottom drops out.

People are like soil. The richest soil comes from a compost pile with trash heaped all over it. That rich soil will produce better plants than any other. So please help me plant a seed in that rich soil. First, be good to each other. Second, donate to the American Foundation for Suicide Prevention on my brother’s birthday.